Well, I am slowly starting to come out of depression and anxiety from isolation. It's Sunday, the last day of week four in isolation. I was in Costa Rica enjoying a nice vacation, and Google sent out an email basically saying we should stop traveling for work. Decided to not come home immediately, as we only had two more days of vacation, but Melissa and I returned to NYC as things were just starting to get serious.

I went to work for a Friday and a Monday to get some supplies and do some meetings (and go to the dentist), and that was four weeks ago. On Thursday of week three, I noticed my general mood and emotional health was recovering, and by Friday night, I was wanting to program something for fun.

The first thing I built was relay. I've been using Discord more and more as a chat system, so decided to build a bot that could turn messages from services (web hooks) into a stream of notifications in chat.

The next thing I did was start updating old software I hadn't touched in a while. I cleaned up and updated the dependencies on my twitter scraper cacophony and my code history site code.natwelch.com. 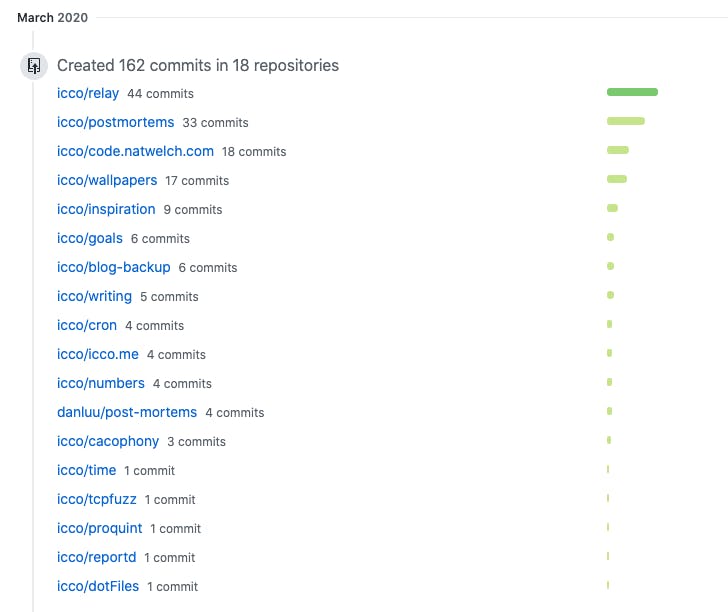 So far this month, I've done a decent amount of coding, all things considered. So as I was thinking, I decided to do return to blogging, which I have completely failed at this year. I opened my blog admin, and realized that I apparently broke auth in the beginning of January, and completely forgot. That was Sunday of week three. 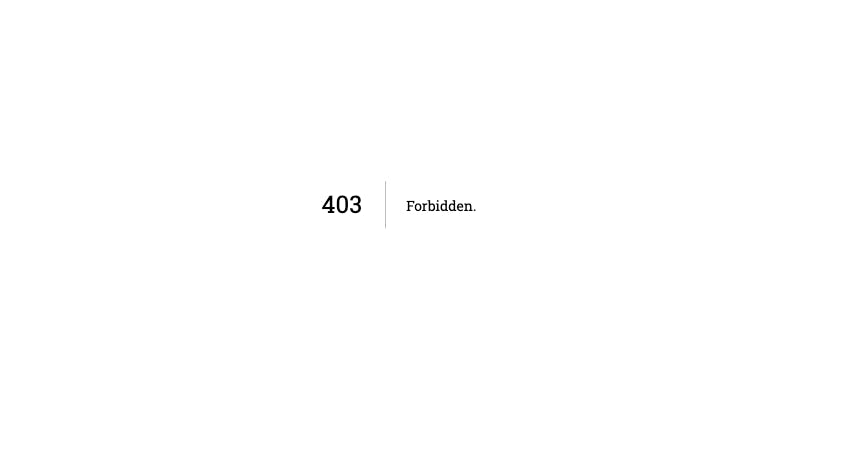 Folks, don't write your own CMS, it never turns out well. I love all of the customizations I've done, and all of the fun, but seriously, it's so rarely worth the pain. It took me a week to get auth working again. A week!

While I was stuck dealing with broken auth, I dumped my thoughts into a text file (I use IA Writer for writing usually).

After I fixed auth, I was inspired that I should write a blog post per website I run... so adding that to the TODO blog post list. When I opened this TODO list, I saw a blog post idea of "rewriting my blog: bad ideas as a form of procrastination and learning" which is just too on the nose.

Anyway, that's what I've been up to in terms of code. I'm hoping to write more while I'm stuck inside. We'll see if it happens.

p.s. And just discovered I somehow broke photo uploading during all of this. Whee. p.p.s. Small fix needed, so that's nice.

Infographics and the Election