This week was great! On Tuesday, @hillaryclinton had a huge win in a few states, and that made me incredibly #happy.

This week was a precursor though, because I've got the weekend off, and my brother, @theweirdwelch is coming to visit. Just the anticipation of both of these things make me quite happy as well. But enough real life stuff, let's talk about media consumption.

@xor live tweeted @snowden's talk at LibrePlanet: https://twitter.com/xor/status/711196584281837569. The talk isn't online yet, but it will be at media.libreplanet.org eventually. I particularly liked this quote, which is something I've been thinking about for a little while now:

"If you maintain infrastructure, how can you make sure an attack on you doesn't attack your users?" dkg #LibrePlanet pic.twitter.com/jPN1IEZNv5

I went to this interesting talk by some cool journalists talking about FOIA and its roll in journalism. 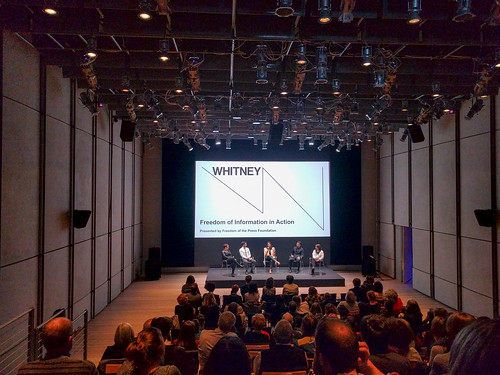 @Diegor1901 linked me to Real-time Face Capture and Reenactment of RGB Videos, which is incredibly creepy technology.

I listened to Gaelynn Lea's Tiny Desk Concert, which is beautiful.

I discovered the cool NewsDiffs.

xkcd's It Begins made me laugh. I want a twitter bot that does this now.

I also enjoyed reading Warcraft 3 is still getting patched, almost 14 years after its launch.

I hope you have a great week!

I finished watching the first season of Magi. It's been a little more childish than I expected, but overall I've enjoyed it.

I've been in a bit of a funk today, but overall this week was a #happy one. My brother visited, all week, and we had fun romping around NYC.

March continues to be a month of running around and having very little free time. That being said, a lot of things made me #happy last week.