PocketCasts has been pretty good so far. It has most of the features I want in a podcast listener, and recommends podcasts, which is always nice. The two features they seem broken:

What I'm listening to now: 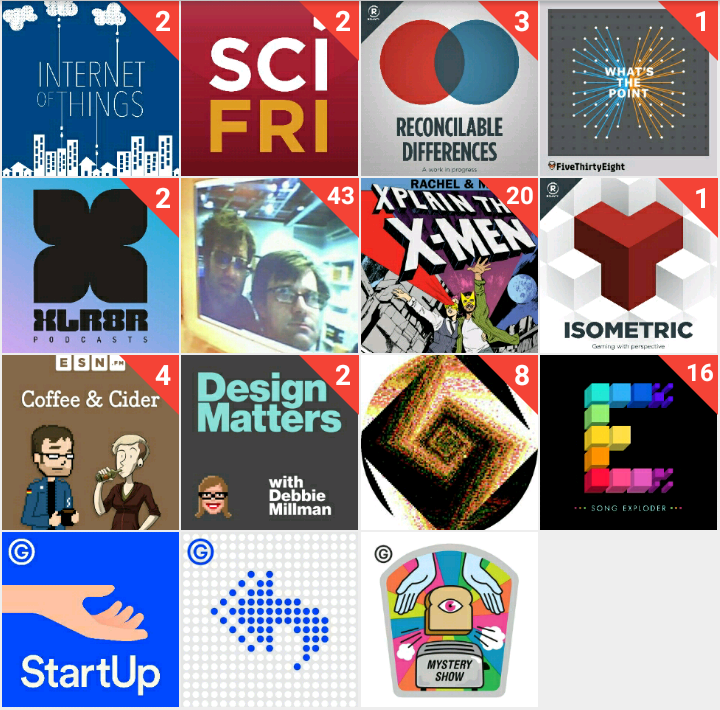 The end is neigh!

End of the first; Start of the second

Still trying to write every time I visit RC. I was thinking about going in today (who knows, maybe still will) and got a sense of guilt that I hadn't published this yet. On Thursday, the sixth of August, I came in and hung out at RC. RC invites alumni attend RC as if they never left every Thursday, which is pretty neat.