Back in July, I rebuilt natwelch.com. I had a few goals when doing this, but one thing I really wanted was an about page. So I made one! I added things like a speaker bio, links to my social accounts, and a few other things.

One thing I wanted to add was something like a manifesto. A core set of beliefs that drive my decisions and actions. Over a week, I debated what to put on such a manifesto. I was aiming for four beliefs… why four, I have no idea. But even numbers are good, and two seemed too few. Here is a snapshot of them at the time.

I've had these up for a while, but in August, I came across someone else's Manifesto. I really liked how they added a few extra sentences about why each bullet point was important. I started writing this post, linked to it on the my about page, and then never finished nor published it. Now that it's December, I figure I should actually finish this post.

The definition of a manifesto is pretty broad: "a written statement declaring publicly the intentions, motives, or views of its issuer" (according to Merriam Webster). There is no requirement to describe any thought process behind motives or views, nor does it have to be lengthy. That being said, I'm going to give a shot at explaining myself. Below are the above bullets expanded and reworded into five declarations of my views.

Sharing Information is the most important action in human society.

Information is power. You can look to the current state of politics, the history of spying, commercial espionage, the rise of advertising, or the value of the public libraries and public education to see this is true. As an example, people pay research companies millions of dollars to summarize trends or individuals. Similarly, the English wikipedia receives 250M page views per day. 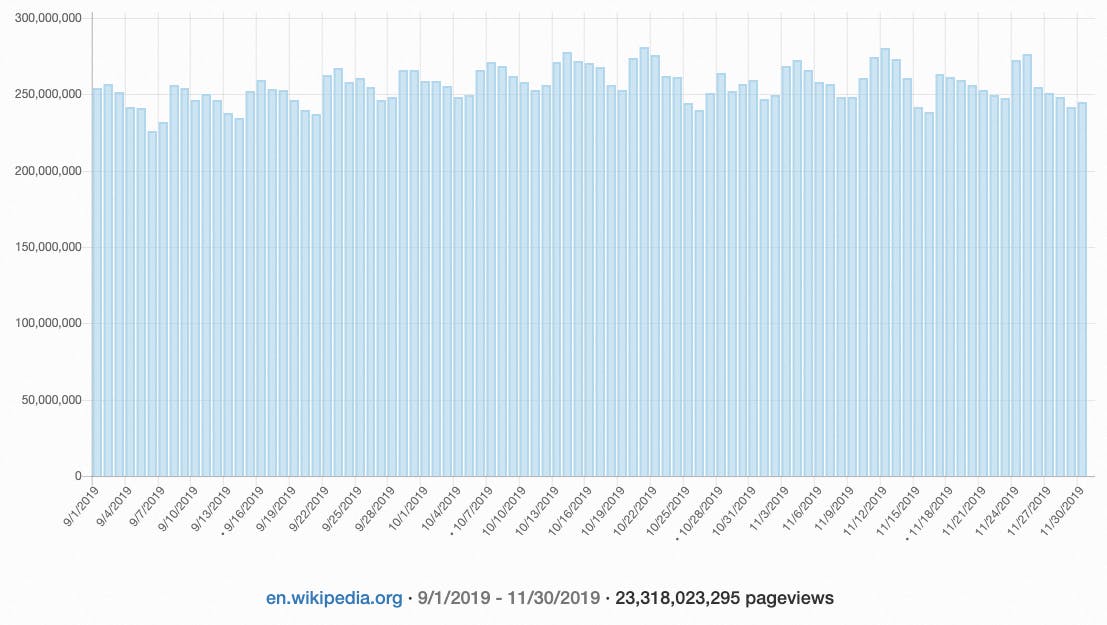 As a human, I feel the only way we can improve our society, no matter the scope (hyper-local to global), is to increase what we know. There are now lots of detractors to this view, because time has shown that validating shared information at scale is incredibly difficult, and because no one has perfect information, everyone is constantly being manipulated by some source. That being said, I truly believe that being able to acquire that information yourself makes us better as a society. If you look at how little we used to know about political figures, as well as how effective propaganda used to be (and still is in places with strong censorship regimes), I generally believe it is our moral imperative to share information in a format accessible to everyone and that as we have done so, we have improved society.

An example of how this affects what I do on a day to day can be seen on my Talks and Writing pages.

Building tools and maintaining the internet is a worthwhile endeavor.

I have spent a lot of my post-collegiate career doing this. Often building tools for internal systems at companies of varying scales. That being said, I also try and help the wider internet. Some of the work I do for the wider internet:

Sadly, I have no proof that this is actually improving the internet. But I've gotten enough random thanks and excitement about the work I've done in the past, that I keep moving forward with this belief.

Nature is beautiful and must be preserved.

This one is hard to explain for me. But growing up in the Boy Scouts of America had me camping once a month from a young age till I graduated high school. Constant exposure to nature has kept this as one of my core beliefs. Humans are inherently good and hilarious.

I am aware this is a controversial opinion. But throughout my life I've seen this to be true.

Throughout my life, I have been given the opportunity to meet a wide variety of people. I haven't always been able to communicate well with them. When I have, I usually learn something. I am not an extrovert, but I have seen constant improvements in my life taking time to learn from others and communicate and share with them. The cost of the energy and time almost always has a benefit, even when I drastically do not agree with them.

And that's my manifesto. Hope that helped explained how I think. Feel free to shoot me an email if you want to discuss.