I have a disturbingly large amount of broccoli on my plate this weekend.

First off, Friday night, Harry Potter. I don't know how much needs to be said about Harry and his wacky adventures, but I've been reading this since the first book came out in Britain, and I am hooked. It amazes me how much this book sucks me in. I normally get sucked into books, but I swear I'm addicted to HP and all of it's goodness. What's even funnier, I don't like Harry too much as a character. Sure he's interesting and angsty and all, but the two things that suck me in are Harry's past (you know the whole, good morning Harry, your life sucks, time to go be a wizard thing) and the supporting characters. Ginny, Hermione, Ron, the twins, Neville, all of the professors, etc. It's just how well developed the world is that J.K. Rowling writes about. I feel as though I can reach out and touch it, yet not too much is described so my mind can wander.

On Saturday, I will be attending WordCamp. In all honesty, I would much rather attend Sunday, but more about that later. I am really excited about the general idea, and I'm hoping the event will get me excited enough to get me writing more often. As I said, I had hoped to also go on Sunday, because I love the developer side of Wordpress, I'm even thinking I might finally release the few plugins I "wrote" (as in I wrote them, but they suck), so the extra help would have been nice, but oh well.

So why can't I spend Sunday in the city? Because I'm running in Wharf to Wharf. Yes, I'm stupid, I know, leave me alone. So pray for me, and lend me your athletic ability while you sleep till a reasonable hour.

Finally, here are a few sites I have been loving as of late.

I also have very good news, which I almost forgot about.

I got my tickets to PAX! Hurrah! 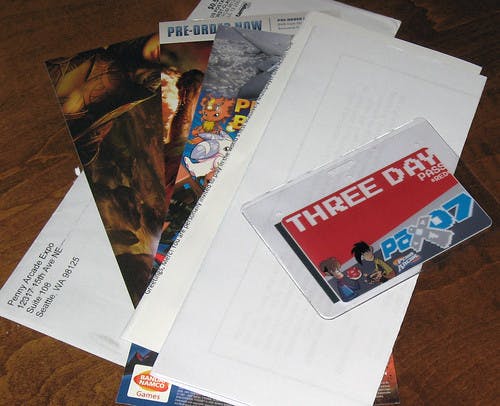 I saw Chappelle in Oakland, and this is a very accurate description of his show. He's been doing these popup shows in the bay area for a few years now, so I'm skeptical of how imminent his return is, but it's a great show nonetheless.

It's been a weird week, but time continues to pass. Thirty days until polls being to close. Another week down. Time for some #happy stuff.

One thing I hate is missing the fact that Cal Poly is evolving. There are lots of places on campus that I never see due to the large amount of time I spend cooped up in the lab, so last weekend I went around and took some photos of the current state of campus. Some interesting developments is that they redid the soccer fields out on the edge of campus. Also I never noticed the sweet graffiti in the Architecture building.